"AFTER IRELAND: WRITING THE NATION FROM BECKETT TO THE PRESENT" 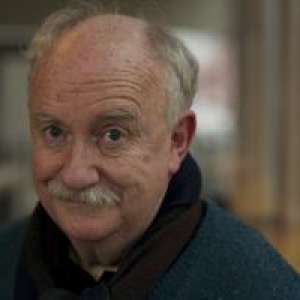 "AFTER IRELAND: WRITING THE NATION FROM BECKETT TO THE PRESENT"

"After Ireland: Writing the Nation from Beckett to the Present"

A lecture by Professor Declan Kiberd

Professor Kiberd will talk about how Irish writers provided an early-warning system concerning many of the social and cultural problems which came to light only recently in journalism—e.g. crisis of faith; child abuse; financial scams by developers; conversion of parts of the country into touristic theme-park; frustrations of rural womanhood. He will also argue that the literature has a built-in auto-immune system which provides antidotes to the ills detected and which suggests more hopeful ways of configuring a future. The talk will, in its later stages, cover themes of multicultural Ireland and likely developments in the next two decades in cultural, social and religious life.

Professor Kiberd’s specialty is Modern Irish and English Literature.  A leading international authority on the literature of Ireland, both in English and Irish, he has authored scores of articles and many books, including Synge and the Irish Language, Men and Feminism in Irish Literature, Irish Classics, The Irish Writer and the World, Inventing Ireland, Ulysses and Us: The Art of Everyday Life in Joyce’s Masterpiece, and (with P.J. Mathews) Handbook of the Irish Revival: An Anthology of Political and Cultural Writings 1891-1922 (Abbey Theatre Press, 2015; University of Notre Dame Press, 2016). On 22 June 2015, President of Ireland Michael Higgins delivered a lecture to celebrate the launch of the Handbook, which was accompanied by performances by Abbey Theatre actors.

Professor Kiberd’s newest book is After Ireland: Writing the Nation from Beckett to the Present (Harvard University Press, 2018).