ANECDOTES OF THE IRISH SOLDIER FROM 1690 TO THE PRESENT DAY 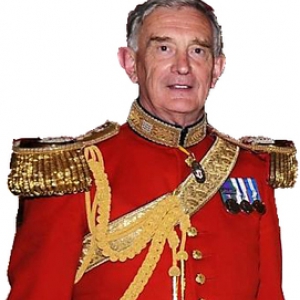 ANECDOTES OF THE IRISH SOLDIER FROM 1690 TO THE PRESENT DAY

The curious and romantic story of the exiled Irish fighting man over the centuries stems from a blend of social deprivation, political clashes in Ireland, and the love of adventure. It is characterised by wit and a healthy disrespect for authority, coupled by amazing bravery and dash.

The Irish military diaspora is a feature which permeated the conflicts of Europe and beyond with a style and gallantry which is too often forgotten. Indeed, the number of emigrant Irishmen who became soldiers for many different masters was wholly out of proportion to the population of Ireland. Many rose to positions of great eminence; many fought against fellow Irishmen, and always, somehow, the humour shone through.

Kipling picking up the pathos of that day, proudly wrote his romantic poem about the Irish Guards fighting for France again in 1918.

WILLIAM MAHON comes from Galway, and served in the Irish Guards from 1959 to 1992, and then in the Hon Corps of Gentlemen at Arms until 2010. Had they still existed, he likes to think he would have joined the Connaught Rangers. Distantly related to the Dillons of the Wild Geese, he also had forebears who soldiered in the Crimea, in the British garrison in Corfu, and in the South Africa and World Wars.

During his service, he travelled the world, touring battlefields and becoming increasingly aware that he was often following in the footsteps of Irish soldiers who had been there before him. From Fontenoy and the cockpit of Europe, to Spain and Portugal and Waterloo; in the West Indies, or on the North West Frontier of India (now Pakistan), in every fly-ridden former overseas garrison there are traces and the ghosts of Irish soldiers. Their prodigious achievements and irrepressible humour have left a legacy worthy of recognition and admiration. And as it goes on to this day, it should be celebrated with pride! 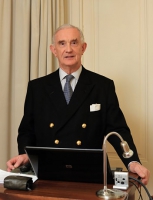 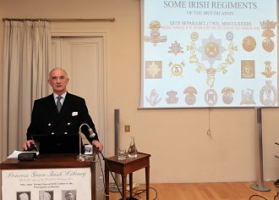