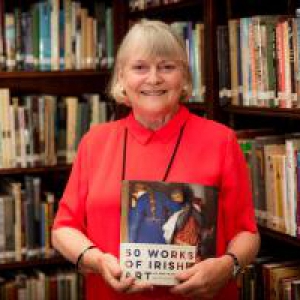 LILY LYNCH (1874-1939) was the daughter of a well-known Dublin illuminator, Tomas Joseph Lynch of Middle Abbey Street. She attended the Dominican school at Eccles Street in the city. However much of her time was spent in her father’s studio learning his method of Celtic illumination. Hailed as the king of Celtic art by the respected Art Journal, Lynch had devised his own artistic code based on letters of the alphabet and numerals called the ‘Lynch Method’. On her father’s death in 1887, she helped run the business until she decided to enter the Dominican order in 1896. As a member of staff, she was appointed art and music teacher. Measuring 5.85m by 3.60m, the small oratory in the grounds of the convent, in Dun Laoghaire, was built to commemorate those who had died in the Great War. Initially containing a painted statue of the Sacred Heart in the otherwise bare space, Sister Concepta was invited to decorate the altar wall in the ‘Lynch method’. Encouraged to extend the decoration, she went on to work almost sixteen years on the project, sketching and painting an average of five to six hours a day in her spare time. The resultant effect is a highly original example of late flowering Celtic art.

Writer and art historian DR SÍGHLE BHREATHNACH-LYNCH is a former curator of Irish Art at the National Gallery of Ireland. Although her fascination with art began as a child, Síghle originally studied languages at University College Dublin and later the Montessori education method. It was not until the age of 40 that she followed her true passion and returned to college to study for a diploma in the History of European Art as a mature student. Having won a scholarship in the diploma, Síghle studied art history at undergraduate level and went on to complete a PhD. She then became a lecturer at UCD, as well as a regular guide and speaker at the National Gallery of Ireland. In 1998, she was appointed as the first curator dedicated exclusively to the Irish collections in the National Gallery. After retiring in 2009, Síghle continues to research, publish and lecture on all aspects of Irish art. Her latest book, 50 Works of Irish Art You Need to Know, was published by Gill & Macmillan in 2015.

Please note that reservations are essential due to the limited number of seats. Entry 10 EUR per person. Payable at the door. The doors will close at 19:30 sharp. 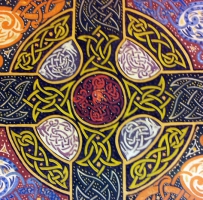 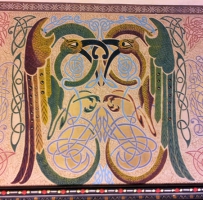 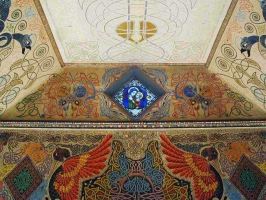 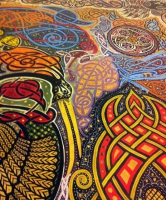 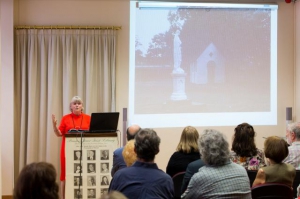 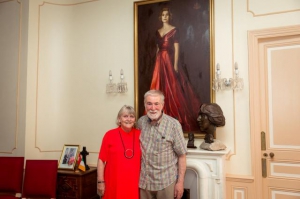