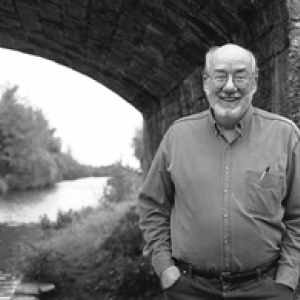 TOM PHELAN was born and reared on a small farm in Mountmellick, County Laois, in the Irish midlands. He attended St. Patrick's in Carlow, was ordained a priest, and worked for several years in the south of England. Later he moved to the United States, earned a master's degree from Seattle University, and left the priesthood. He now lives in New York.

Tom had just turned fifty when his first novel, In the Season of the Daisies, was accepted for publication by Lilliput Press in Dublin. Books Ireland's reviewer wrote, “The most obvious question posed by a novelistic debut with as much resounding vigour as this is: Where has Mr. Phelan been?”

In the Season of the Daisies, which centres on the 1921 IRA murder of a young boy and the effects on his surviving twin and the men involved, was chosen for the Discover Great New Writers series sponsored by the American bookseller Barnes & Noble. It was also a finalist for the Discover Great New Writers Award and was published in Paris by Editions Balland as A la saison des marguerites.

Since then, Tom has penned five other novels: Nailer, The Canal Bridge, Iscariot, Derrycloney, and the forthcoming Lies, and he has seen his works published in four countries and three languages. He has also written for Newsday, the Irish Echo, Independent.ie, and the Recorder, the journal of the American Irish Historical Society. He was named a 2008-2009 Fellow of the Christopher Isherwood Foundation based on his novel The Canal Bridge.

The Canal Bridge, set in Ireland and France in the First World War, tells the story of two Irish soldiers — and the women and families they leave behind — as they struggle to survive the slaughterhouse that was Europe from 1914 to 1918.

Tom's most recent novel, Nailer, which Books Ireland calls “a hard-hitting thriller,” is about a man determined to get revenge — or is it justice? It is set against the backdrop of Ireland's abusive industrial schools and the collusion between state and church that allowed them to flourish.

Iscariot tells the story of an expatriate ex-priest who returns to Ireland to face the past and stumbles across the suspicious circumstances surrounding the death of a young woman.

In the humorous Derrycloney, Tom looks at life in the Irish countryside in the 1940s. He calls the book his "fanfare for the common man and woman" of his childhood.

Tom's upcoming novel - Lies - is a tale of two returned emigrants and their effect on the Irish village they call home. Currently he is at work on a memoir examining the forces in his early life in Ireland — personal, familial, social, and religious — that channelled him toward the priesthood, a life for which he was not suited.

Almost a quarter of a million Irish men joined the British army and fought in the First World War, and over 35,000 thousand died. In Mountmellick, the small village where Tom Phelan grew up, it was said that nearly every house in the town had someone in the trenches. Fifty-five local men died in the war.

As a boy, Tom knew many veterans — the postman with a wooden leg, a neighbour suffering from shell shock, a man whose war injuries left him bent over. Yet there was no public acknowledgment of the sacrifice of the Irish soldiers

He will discuss the many reasons Irish men joined the British army to fight in the First World War, the conditions they faced in the trenches, and the reception they received when they returned home to an Ireland, where the political landscape had been transformed.

Tom's talk will be illustrated with selections from his novel, The Canal Bridge. Books Ireland called the novel “powerful and deeply affecting,” while the Irish Independent wrote “another First World War masterpiece... An ambitious, accomplished and deeply moving contribution to Ireland's formidable corpus of fiction about the Great War.” And Irish Eyes in Paris said, “Phelan is a marvellous storyteller... Don't miss out on a great contemporary author.” 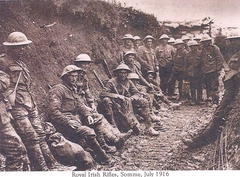 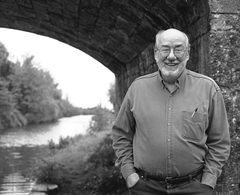