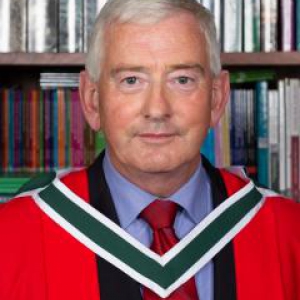 Historian Dr Tony Mc Carthy will address the political, social, economic and investment environments faced by Irish landlords in the opening decades of the twentieth-century and the dilemmas they faced following the sale of their estates under what was known as the Wyndham Land Act. This far-reaching piece of legislation contributed in no small way to the solving of the ‘Irish Land Question’ which had dogged Irish political and social life for well over two-hundred years. For landlords who had lived off their tenants’ rents for centuries, it was both a blessing and a curse. In his talk, Dr Mc Carthy will explore the challenges and opportunities faced by these same landlords as they transitioned to their new status as rentiers.

The title of the talk derives from an event described by one of the great Irish socialites, Lady Fingal, in her memoir Seventy Years Young; it describes an encounter in 1904 between the then Chief Secretary for Ireland, George Wyndham, and a group of Irish landlords who had just sold their estates under the Land Act 1903 and were busily gambling away the proceeds in the Casino de Monte-Carlo. Some, like those in Lady Fingal’s recollection, spent the proceeds on hedonistic lifestyles, others attempted to establish new lives in the colonies or the Americas while still more others sought to invest in the world’s stock-markets only to be faced by the horrors of War-induced inflation, and the cataclysmic stock-market Crash of 1929…