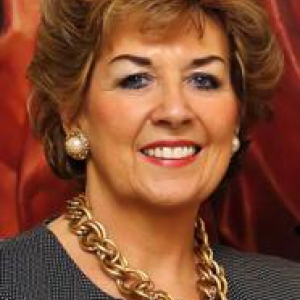 GERALDINE BYRNE NASON took up duty as Ambassador of Ireland to France on 28 August 2014. She is a career diplomat who has served as Ambassador in Ireland’s Permanent Representation to the EU, has been an international civil servant and Director for Governance at OECD Paris in the 1990’s, and headed up Ireland’s National Forum on Europe.

From 2011 to August 2014, Geraldine Byrne Nason was Second Secretary General in the Taoiseach’s Department.

In 2011, she was appointed by the new Irish Government as the country’s most senior diplomat with responsibility for the country’s EU policy. She was also Secretary General with responsibility for Ireland’s Economic Management Council. Earlier in her career, she served at the Irish Mission to the UN in New York, and also spent time in Vienna, Geneva and Helsinki, when working on Disarmament issues.

Geraldine Byrne Nason was born in Drogheda, County Louth, in 1959, and educated at Our Lady’s Presentation Convent, Greenhills, and at St Patrick’s College Maynooth, National University of Ireland, where she graduated with a BA and MA in Literature before joining the Department of Foreign Affairs in 1982.

In 2014, she was elected as a Member of the Royal Irish Academy, the highest academic honour in Ireland, based on significant contribution to scholarship in the Sciences, Humanities and Social Sciences.

Geraldine Byrne Nason is married to Brian Nason, and they have a son, Alex, who is 16 years old.

IRELAND - THE GLOBAL ISLAND: In 2008, Ireland experienced an unprecedented economic collapse. The crash, when it came, brought home very powerfully our vulnerabilities as a small open economy but also our strengths – as a longstanding and fully engaged member of the European Union.

Today, our security, our prosperity and the wellbeing of our people are connected to the wider world as never before. In 2016, nothing is entirely foreign or wholly domestic. As we face into the challenges brought about by the decision of the British people to leave the European Union, our foreign policy is arguably more important to us now than at any time in our history.

Ireland, the Global Island, will work to ensure that the values and interests we wish to promote, underpin a progressive and forward looking vision of our place in the world in 2016, and beyond.

Reservations are essential due to the limited number of seats. Entry 10 EUR per person payable at the door. The doors will close at 19:30 sharp. 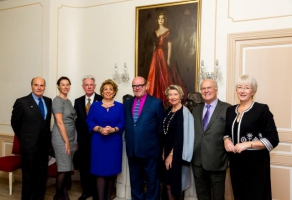