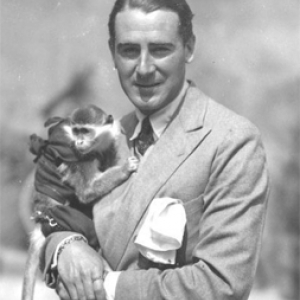 Born in Dublin on 18 January 1893, Reginald Ingram Montgomery Hitchcock migrated to the United States at the age of eighteen. His first and only formal artistic training was at the Yale School of Fine Arts, where he studied under Lee Lawrie. A chance encounter with Charles Edison, son of the inventor, introduced him to the early New York-based film industry and he abandoned his studies for the screen. Rex's good looks guaranteed him roles in front of the camera but he was more interested in writing and directing. Taking his late mother's name, Ingram, he soon made the move into direction, creating his first film in 1916. It was, however, the release of The Four Horsemen of the Apocalypse in 1921, with its sizzling tango sequence and the appearance of a new screen Latin Lover, Rudolph Valentino, that cemented Rex Ingram's name and that of his leading lady, now wife, Alice Terry.

Always restless, and prone to resisting authority, Rex fell out with movie mogul Louis B Mayer and decamped to Nice, where he set up at the Victorine Studios. Based there, he was part of the glamorous Riviera set, even if he refused to dress in a tuxedo or wear socks with his sandals. His films in Nice provide a wonderful record of the town and its surroundings, including Monaco; they number, amongst others, Mare Nostrum (1926) and a Somerset Maugham adaptation, The Magician (1926). As technology developed, and the sound era beckoned, Rex lost interest in filmmaking.

So he followed his heart, converting to Islam and spending many years travelling on his own around North Africa, writing, painting and sculpting. Rex Ingram ended his days with Alice Terry in California, where he died prematurely, aged just 57. A brilliant, controlling maverick, his ambition was to create films that were sculpted with light; his legacy is a testimony to that extraordinary vision.

DR RUTH BARTON is Head of Film Studies at Trinity College Dublin. She is the author of numerous books on Irish cinema, including Irish National Cinema (2004), and has written a biography of the Hollywood star, Hedy Lamarr – Hedy Lamarr, The Most Beautiful Woman in Film (2010). She is currently researching a book on Rex Ingram. 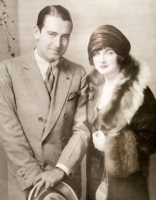 Rex Ingram at home in Nice 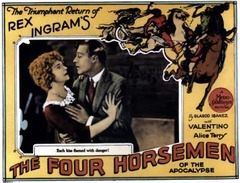 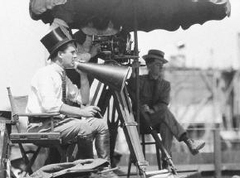 Rex Ingram directing The Four Horsemen of the Apocalypse 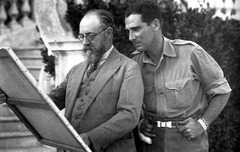