THE BULL FROM SHERIFF STREET: THE LIFE AND WORK OF IRISH SCULPTOR JOHN BEHAN 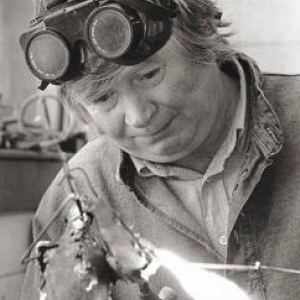 THE BULL FROM SHERIFF STREET: THE LIFE AND WORK OF IRISH SCULPTOR JOHN BEHAN

John Behan, the most famous living Irish sculptor, was born on Sherriff Street in Dublin in 1938.  After a full apprenticeship as an industrial welder, he studied at the National College of Art and Design, Ealing Art College in London, and the Royal Academy School in Oslo.  His first prize-winning work was a bull shown in the Living Art Exhibition when he was 21 years old, and bulls remain one of his most popular subjects.  Along with Michael Kane and Brian Bourke, he was one of the founding members of the Independent Artists.  His creative social interventions continued in July 1967 when he started the Project Arts Centre, and in 1970 co-founded the Dublin Art Foundry.  In an overhaul of the Arts Council in favor of more widespread social engagement, along with Seamus Heaney, Behan served as a member from 1973 to 1978, when he was elected a member of Aosdána.

His major public commissions memorialise Irish history within its landscape, including The National Famine Memorial in Mayo, The Flight of the Earls in Donegal, The Liberty Tree in Carlow, the The Flight of the Swans in Cork, and The Famine Ship at the United Nations Plaza in New York City.
His works are in the private collections of Bill Clinton, Michael Longley, Jean Kennedy Smith, Tony Ryan, and Brian Friel. For nearly forty years, John Behan has lived and worked in Galway where he is fondly regarded as ‘The People’s Sculptor.’

Adrian Frazier, Professor Emeritus, National University of Ireland Galway, is the author of George Moore 1852-1933 (Yale University Press), a biography which returned Moore’s work to the public eye. He has also written extensively on Irish drama, including Behind the Scenes: Yeats, Horniman and the Struggle for the Abbey Theatre (1990) and Hollywood Irish: John Ford, Abbey Actors, and the Irish Revival in Hollywood (2011).  His most recent books are The Bull from Sheriff Street: The Life and Work of Irish Sculptor John Behan (2015) and The Adulterous Muse: Maud Gonne, Lucien Millevoye, and W. B. Yeats (2016). 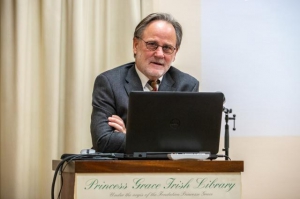 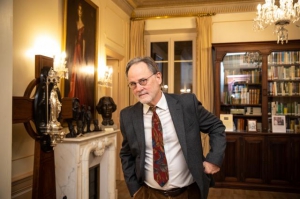 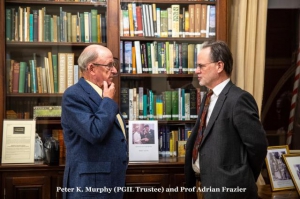 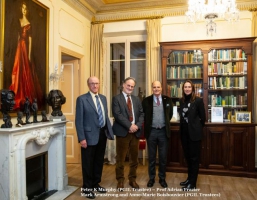