THE LIFE OF TYRONE GUTHRIE 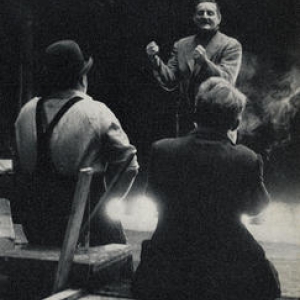 THE LIFE OF TYRONE GUTHRIE

SIR WILLIAM TYRONE GUTHRIE (1900-1971) was the leading theatre director in the English-speaking world in the mid- twentieth century. He inherited the Annaghmakerrig mansion in County Monaghan, Ireland, from his mother Norah Power; she was grand-daughter of the Irish actor Tyrone Power (1797-1841).

Although born and educated in England where his father Thomas Guthrie was a doctor, his holidays were spent at Annaghmakerrig which he identified as his spiritual home; he later resided there and, on the instigation of his sister, bequeathed the house to the Irish nation as a workplace for writers and artists.

He came to prominence as a director in the 1920s with the Scottish National Theatre and in the early 1930s at the Festival Theatre, Cambridge, England.

In 1933, he was appointed to the Old Vic Theatre, London, where his young actors — Peggy Ashcroft, Edith Evans, Sybil Thorndike, John Gielgud, Alec Guinness and Laurence Olivier — would become the most celebrated of their era.

He also directed the Sadlers Wells Opera and was guest director at the Metropolitan Opera of New York, the Royal Opera Covent Garden, the Habimah Theatre in Tel Aviv, the Abbey and Gate Theatres in Dublin, the Group Theatre in Belfast, &c.

A master of the manipulation of large companies of players, his innovative open- space staging of a mediaeval pageant play atthe1951 Edinburgh Festival began his immensely influential treatment of classical drama unconfined by the proscenium arch - reaching its apogee at the Stratford, Ontario, Festival, with productions of Sophocles and Shakespeare and, subsequently, at the theatre named after him, The Guthrie, in Minneapolis.

His later years were clouded by the failure of a fruit growing and preserving industry which he hoped would revive the rural economy at Annaghmakerrig.

DR CHRISTOPHER FITZ-SIMON is a former Artistic Director of the Lyric Theatre, Belfast, the Irish Theatre Company and the Abbey Theatre, Dublin.

He lived for six of his childhood and adolescent years at the Guthrie home, Annaghmakerrig; this is recalled in his memoir Eleven Houses (Penguin Books 2007) of which Roy Foster wrote in the Irish Times : 'The sense of total recall is astonishing... it is painfully funny.'

Among his other books are The Boys (Nick Hern/Macmillan 1994), a biography of Hilton Edwards and Micheal MacLiammoir, founders of the Dublin Gate Theatre - 'By far the most wide-ranging and atmospheric description of Dublin's wartime theatre', wrote Clair Wills in That Neutral Island.

His most recent book is Buffoonery and Easy Sentiment (Carysfort Press 2011), a study of the popular Irish theatre that was despised by W. B. Yeats and Lady Gregory. 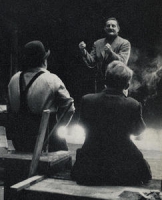 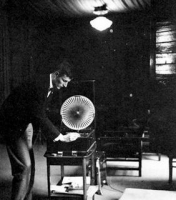