THE LOVERS OF ORELAY : GEORGE MOORE AND PROVENCE 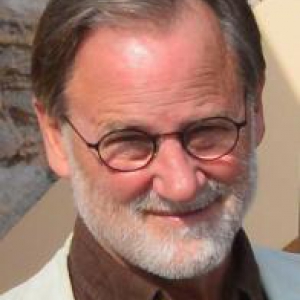 THE LOVERS OF ORELAY : GEORGE MOORE AND PROVENCE

The Irish novelist George Moore (1852-1933) carried a torch for steamship-line heiress Maud Cunard for nearly forty years. She sometimes cherished her friendship with Moore and at other times declined to acknowledge its depth.  And what was between them was more than a slight affair.  Her one daughter — the poet Nancy Cunard — believed that her real father was in fact Moore.  Maybe he was.  It is impossible to prove that she was wrong, and possible to show that she could have been right.

More than once, to her discomfort, George Moore modelled the heroine of one of his novels on Lady Cunard — including the title characters of Evelyn Innes and Heloise and Abelard.  But he also wrote about her in his autobiographies, disguised only by a pseudonym and a slight vagueness as to the dates and locations of incidents.  One of the richest, most humorous (and risqué) treatments of the affair is ‘The Lovers of Orelay,’ first printed in 1906.  The story was once comically illustrated by Henry Tonks, appropriately in the style of François Boucher. The action in the story — a long search for a bed — takes place vaguely along the Côte d’Azur and in a Provencal city.  What actual town if any lies behind the name ‘Orelay’ is one of the questions this talk will raise. Apart from the lifelikeness in its detail, the story shows in what ways its author might have been found both silly and lovable, and why Lady Cunard would have wished to be left out of his memoirs.

Adrian Frazier is the author of George Moore 1852-1933 (Yale University Press), a biography which returned Moore’s work to the public eye.

He has also written extensively on Irish drama, including Behind the Scenes: Yeats, Horniman and the Struggle for the Abbey Theatre (1990) and Hollywood Irish: John Ford, Abbey Actors, and the Irish Revival in Hollywood (2011).  His most recent book is The Bull from Sheriff Street: The Life and Work of Irish Sculptor John Behan (2015). One further book is now in press: The Adulterous Muse: Maud Gonne, Lucien Millevoye, and W. B. Yeats. 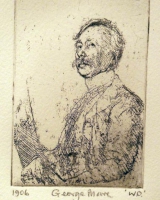 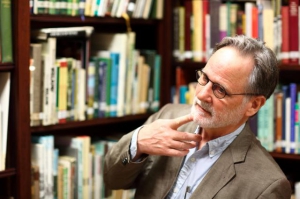 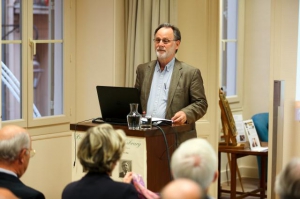 Professor Adrian Frazier during his lecture