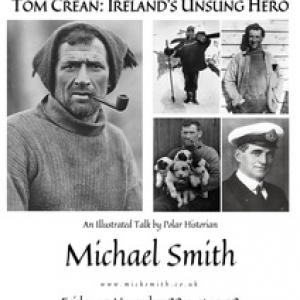 TOM CREAN (1877-1938) from Kerry is the most unsung figure from Irish history whose incredible exploits exploring the wastes of Antarctica with Captain Scott and Ernest Shackleton were overlooked for 80 years.

Crean, who ran away from home at 15, served on three expeditions to the Antarctic, spent longer in the ice than either Scott or Shackleton and outlived both men. He was among the last to see Scott alive near the South Pole in 1912 and returned to the ice to bury his frozen body. Crean was also a major figure on Shackleton’s Endurance expedition exactly 100 years ago. But Tom Crean took his story to the grave and he was the forgotten man of Irish history until Michael Smith, the Polar historian, wrote the first-ever account of Crean’s remarkable life.

MICHAEL SMITH is the author of the best-selling book, An Unsung Hero – Tom Crean (The Collins Press, Cork 2000), whose work has been responsible for raising awareness in Ireland of the major contribution made by the Irish to the history of Antarctic and Arctic exploration.  His books and frequent lectures on the history of Polar exploration have revealed a largely overlooked chapter in Irish history and brought widespread recognition to a series of forgotten Irish men including Tom Crean, Francis Crozier and Patrick Keohane.

Michael’s biography of Tom Crean was the N°1 best-selling non-fiction book in Ireland and was responsible for Crean’s story being incorporated into the Irish schools’ curriculum for the first time. The book was shortlisted for the Banff Mountain Book Festival 2002 and Tom Crean – An Illustrated Life (The Collins Press, Cork, 2006) was also shortlisted for the Irish-published Book of the Year 2007.

He was formerly an award winning business and political journalist with leading British newspapers, including The Guardian and The Observer.

He lives in England but visits Ireland regularly to speak to schools and adults groups about Tom Crean, Ernest Shackleton, Francis Crozier and other Irish figures from the history of Polar exploration. 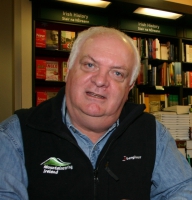 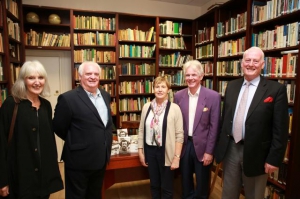 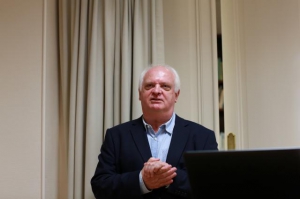 Michael Smith during his lecture 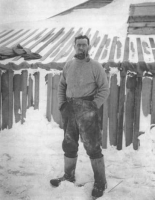 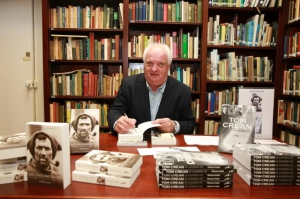 Michael Smith at his book signing

Michael Smith with the portrait of Princess Grace in the background