“WAS BONAPARTE IN THE GPO? REFLECTIONS ON THE LEGEND OF NAPOLEON IN IRISH HISTORY 1796-1916” 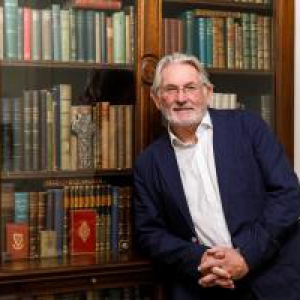 “WAS BONAPARTE IN THE GPO? REFLECTIONS ON THE LEGEND OF NAPOLEON IN IRISH HISTORY 1796-1916”

“Was Bonaparte in the GPO? Reflections on the legend of Napoleon in Irish history 1796-1916”

The School of Divinity, History and Philosophy - University of Aberdeen

In this lecture, Professor Thomas Bartlett examines first, Napoleon Bonaparte’s involvement with Ireland during the Revolutionary wars, 1793-1815 and, second, considers his legacy in nineteenth-century Irish history. Through an examination of Napoleon as he appears in prose, poetry, ballads, folklore, spectacle and later film, Professor Bartlett offers an assessment of his enduring impact on Irish opinion. He concludes with a discussion of Napoleon’s influence on the 1916 rebels, notably Patrick Pearse.

Prior to his post at the University of Aberdeen, Professor Bartlett was the Professor of Modern Irish History at University College Dublin (beginning in 1995). He is a highly regarded historian of eighteenth-century Ireland and a member of the Royal Irish Academy. His book, Ireland: A History (Cambridge University Press 2010), is hailed as a much-needed one-volume history of Ireland. Additional publications are Macartney in Ireland, 1769-72, Calendar of the Chief Secretaryship, Papers on Sir George McCartney (Belfast, 1979); with David Hayton (ed.), Penal Era and Golden Age (Belfast, 1979); The Fall and Rise of the Irish Nation: the Catholic Question, 1690-1830 (Dublin, 1992); with Keith Jeffery (ed.), A Military History of Ireland (Cambridge, 1996); Life and Times of Theobald Wolfe Tone (Lilliput, 1998); with David Dickson, Dáire Keough and Kevin Whelan (ed.), 1798: A Bicentenary Perspective (Dublin, 2003) and Revolutionary Dublin, 1795-1801, The Letters of Francis Higgins to Dublin Castle (Dublin, 2004). He is general editor of the four-volume Cambridge History of Ireland published by Cambridge University Press in 2017.

Reservations (pglib@monaco.mc) are essential due to the limited number of seats. 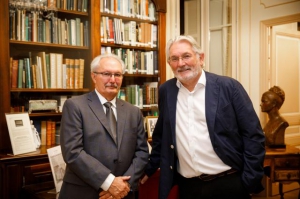 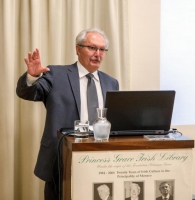 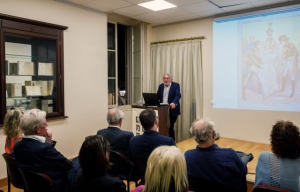 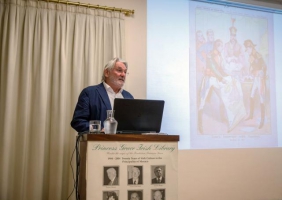 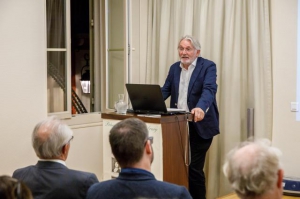