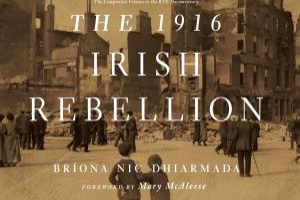 As part of our 1916 Symposium (sessions closed to the public), we will be showing “1916 THE IRISH REBELLION” — 86 minutes, French subtitles — at the Théâtre des Variétés in Monaco on Saturday 8 October 2016 from 18:00 to 20:00. This event is free of charge and there is no need to reserve as the seating capacity is about 350! However, the earlier you arrive, the better your seat will be…

Narrated by Liam Neeson, this landmark documentary tells the dramatic story of the events that took place in Dublin during Easter Week 1916, when a small group of Irish rebels took on the might of the British Empire. The documentary – featuring a combination of rarely seen archival footage, new segments filmed on location worldwide, and interviews with leading international experts – also uncovers the untold story of the central role Irish Americans played in the lead-up to the rebellion. Although defeated militarily, the men and women of the Easter Rising would wring a moral victory from the jaws of defeat and inspire countless freedom struggles throughout the world – from Ireland to India.

An initiative of the Keough-Naughton Institute for Irish Studies at the University of Notre Dame, this documentary tells the story of the 1916 Easter Rising in a comprehensive way and, for the first time, places these events in their proper historical, political and cultural context as the precursor to an independent Irish state and the disintegration of colonial empires worldwide.

The panel discussion with questions in English and French from the audience (roving microphone) will be lead by Executive Producers for the University of Notre Dame:  Prof Christopher Fox, Director, Keough-Naughton Institute for Irish Studies & Prof Bríona Nic Dhiarmada. The documentary was created and written by Bríona Nic Dhiarmada, the Thomas J. and Kathleen M. O’Donnell Professor of Irish Studies and Concurrent Professor of Film, Television, and Theatre at the University of Notre Dame. Other symposium participants will also take part.

We hope to see you at the Théâtre des Variétés on 8 October. See attached map. 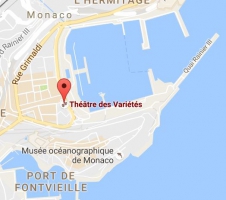